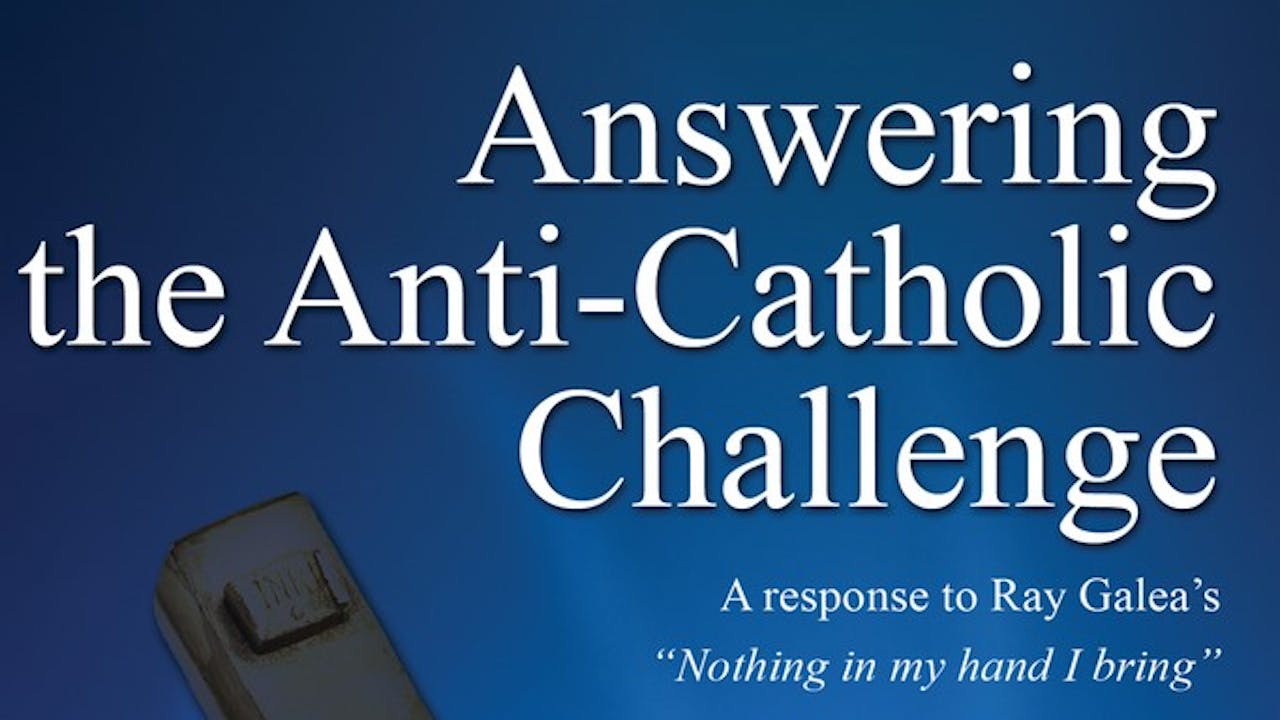 Answering the Anti-Catholic Challenge is an emphatic reply to anti-Catholic attack launched in 2007 by Ray Galea, a former catholic, now minister in the Anglican Archdiocese of Sydney. Galea's book, "Nothing in My Hand I Bring", was a public and systematic attempt to debunk "every 'distinctive' teaching of Roman Catholicism" for allegedly undermining "the person and work of the Lord Jesus" (pg. 20). Written initially in anticipation of WYD in 2008, Galea's book has become a best seller among Protestants both in Australia and overseas. In response, ten Catholics have banded together to provide a virtual word-by-word response to each and every one of Galea's claims, establishing in the process the Biblical basis for all the principal teachings of Catholicism, while exposing the deficiency of Galea's book. Answering the Anti-Catholic Challenge is an essential resource for all Catholics who wish to strengthen knowledge of their faith.